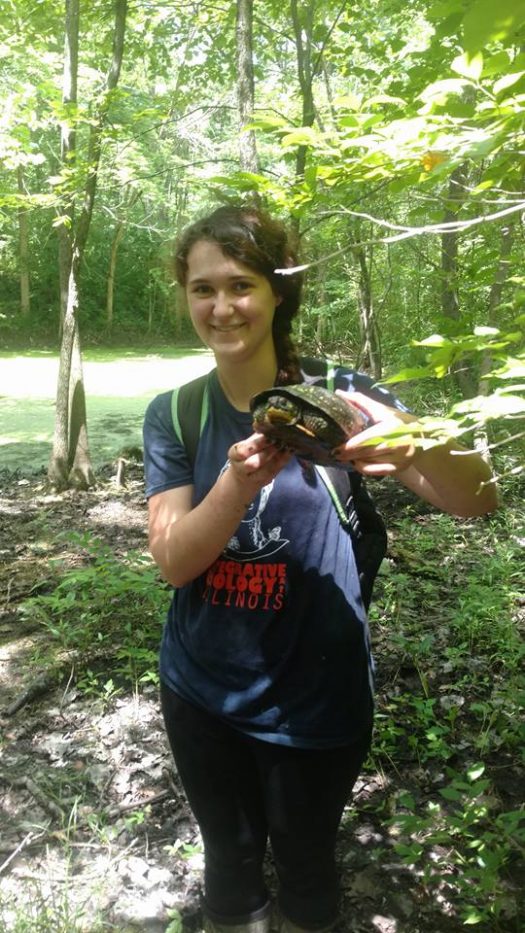 Amphibians are experiencing global population declines, and are one of the most threatened vertebrate classes worldwide. The role of disease in these declines has recently been recognized as an important factor. In North America, viral diseases (presumably ranaviruses) are thought to have caused 43-57% of amphibian mortality events (Green, Converse, & Schrader, 2002). Despite the importance in understanding the distribution and seasonality of ranaviral disease, most of our knowledge about the diseases in wild populations comes from descriptions of observed mortality events and a handful of surveillance studies.

Confirming ranavirus infections requires invasive tissue sampling, which can have deleterious effects on the health of sensitive or physically small species. Using environmental DNA (eDNA) to detect ranaviruses in aquatic habitats is a promising tool that allows for the detection of pathogens with minimal disturbance to the animals of interest. Hall et al. (2016) demonstrated the power of eDNA to consistently detect ranavirus in a pond containing infected animals during an observed die-off. Our collaboration between CEGL and the Wildlife Epidemiology Laboratory at the University of Illinois College of Veterinary Medicine will investigate the factors driving pathogen abundance in ephemeral wetlands during a ranavirus outbreak. Identifying the most important environmental factors and characteristics of a host community that influence the abundance of virus in the habitat is a critical component of disease dynamics in larval amphibians, because disease outcomes occur in a dose-dependent manner (Brunner, Richards, & Collins, 2005; Jones et al., 2017).