My research involves evaluating the distribution, abundance, and habitat associations of the Coldwater Crayfish (Faxonius eupunctus), which is endemic to a single river system in the Arkansas and Missouri Ozarks. In addition to the traditional seine sampling methods commonly used to collect crayfishes from Ozark streams, I used environmental DNA (eDNA) extracted from water samples to bolster confidence in my assessment of the target species’ distribution. I also examined factors relating to physical stream characteristics potentially influencing eDNA detectability in lotic environments. I developed a quantitative PCR (qPCR) assay for species-specific detection of F. eupunctus eDNA, and I compared the capacity of eDNA to infer presence and abundance of the F. eupunctus relative to that of the traditional seine sampling method.

I found that eDNA was able to detect the F. eupunctus eDNA at most sites where the species was also detected with traditional sampling, but I was unable to reliably quantify eDNA abundance at most sites due to low eDNA concentrations in most of my samples. My analyses revealed that directional streamflow may be influencing eDNA detection probability by transporting detectable eDNA downstream from its origin, potentially resulting in false negative and false positive results. My research provides support for the use of eDNA for surveying for benthic taxa such as crayfishes, although I highlight some potential limitations of eDNA applications in lotic environments. 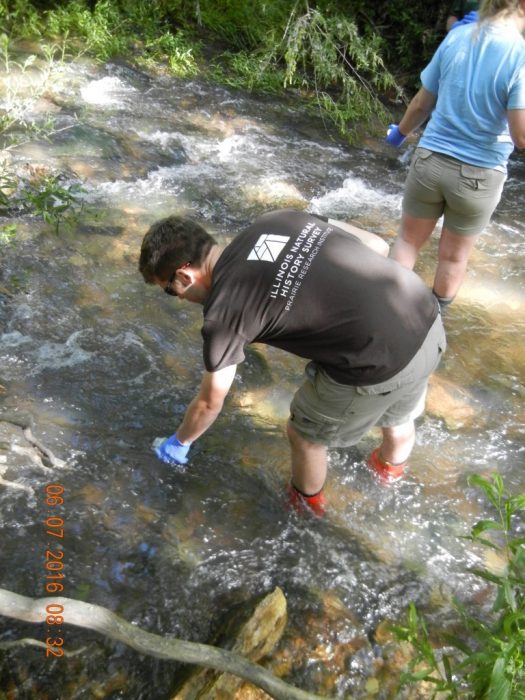